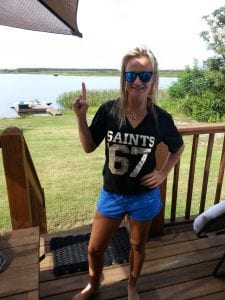 June will be back tomorrow to try and get to that elusive 3 ball and take out the record.

Corbin Guyer, competing on the 5’6″ ramp height for the 1st time, jumped a PB of 152ft to crack the 150 ft mark. congrats to Corbin for some stellar leaps. 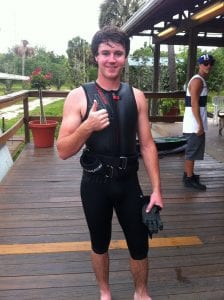 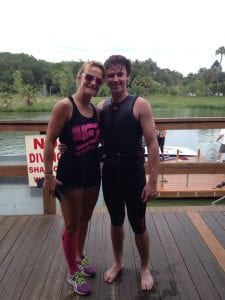 Bojan Schipner dropped in at the Stokes HQ for some practice before the World Cup Stop in Palembang.  Bojan has been mixing school work with Skiing this year.  He has already done 3 major events down under.  Palembang will be his next stop.

Bojan will be joined by fellow team skiers Scot Ellis and Jacinta Carrol.

Scot “the Rocketman” Eliis put in a pair of jumps at the John roach memorial. Soaring 225 in each round. Scot has been lighting it up this year with consistent big jumps. We’ll be cheering scot on all the way as he gets prepared for the 2nd world cup stop of the year in Palembang, Malaysia.

Stokes Skiers Josh Briant and Taylor Garcia pumped out some huge distances at the isles of lake Hancock jump jam. Ozzie sensation Josh unleashed a new PB of 177ft. Josh is getting back into the swing of things after a long season down under, competing in and winning the junior world overall title.

Taylor after his 191 ft leap

Taylor Garcia, fresh of a PB in last weeks Reams Jump Jam, put another beauty of a leap out there. The Boys 3 record is 191 feet, and Taylor equaled this distance with some booming lift. The season has started strongly for Taylor, following on from his world junior jump title a couple months ago. 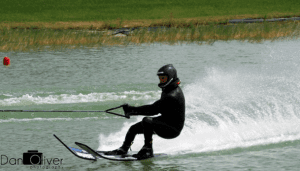 Stokes Skier June Fladborg, who has been battling an injury since 2010, did amazing in her first tournament back in nearly 2 1/2 years.  To see June jump was something.  Its great to see June back on the competitive scene after a near career ending injury. Video Below

Scot Ellis, Fresh off a great trip to Australia gave a great show.  Scot entered the Men 3 event and equaled his own record of 215ft.  Scot placed 3rd in the Perth Night Jump, Moomba Masters, and the Mandurah World Cup Stop.  Scot was smooth and consistent, loving the near perfect conditions at the Ream Record event.

Taylor Garcia, wowed the crowd.  Putting in some consistent cuts and booming lift, Garcia broke his own PB twice in the same round. Distances of 180ft and and 181ft showed his amazing potential in the jump event.  We love seeing young jumpers light it up, Taylor is certainly showing his potential with big leaps at the Junior level. 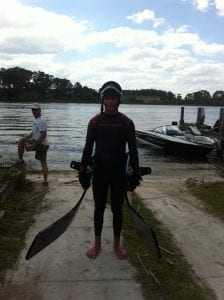